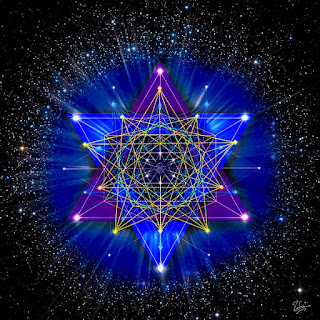 Saturn is in Capricorn. Pluto is in Capricorn.  If you were born under the sign of Capricorn, you probably know that this energy is earthy and serious. It gravitates to rocks and dark earthy colors.  Capricorn wears a dark suit, is careful and ambitious. Capricorn often gets the promotion and proceeds to get the job done nicely.  Capricorn says, be methodical and preserve. Be like the mountain goat and stand in one place until it is time to climb up a little higher. Of course Capricorn does rule government, corporations, organizations, protocol, rules and regulations, and the Father principle. Planet Saturn rules Capricorn and, again, Saturn is currently transiting Capricorn. This should be good. Saturn is comfortable in the sign it rules. Saturn promotes being realistic and practical.  We must be realistic about how we are managing our lives here in the earth plane. But Pluto is also with Saturn. Not easy.  Saturn is struggling to hold on to its traditional ways of doing things. Saturn relies on precedence to get the job done. Pluto is the destroyer! Pluto is putting our Saturnian ways through a meat grinder. Our legal system seems to crumble under the Joker’s smile. Even our Constitution is ignored while Pluto throws our cherished beliefs into the mud. Out of this drama something new will emerge. Something new will grow from the mud, from the chaos and destruction.

Jupiter has joined Capricorn on the stage. Jupiter is expansive and optimistic. However, Capricorn can be like a wet blanket, so Jupiter is not especially jolly in the sign of Capricorn. Keep in mind that a planet takes on the attributes of the sign it is visiting. Jupiter spends one year in each astrological sign. What can we expect with Jupiter in Capricorn?  Perhaps Jupiter has come along just in time to ensure the preservation of law and order. Jupiter rules THE LAW.  Jupiter belongs to the ninth house of the horoscope.  This house has domain over the higher mind and the beliefs that we live by. If we want to continue believing that greed is the new T-shirt, I guess we can. But Jupiter in Capricorn would frown on that. Jupiter amplifies whatever it touches. If it touches Capricorn it will make Capricorn issues bigger. Issues like being pragmatic, following the rules that work here on planet earth—cause and effect.  Capricorn is the sign that tells us to be responsible and do the right thing.

On January 7, Saturn and Pluto will line up together at 22 degrees of Capricorn. This is called a conjunction.  Everything that has been happening for the past couple of years is in the spotlight. Hopefully the Pluto-Saturn conjunction will bring some reasonable agreements on touchy subjects in the very near future.  Shortly after this conjunction—the reality and tradition of Saturn and the profound transformation of Pluto--we have a Lunar Eclipse in Cancer (the sign opposite Capricorn).  Here’s hoping there will be some resolution to many problems that have been facing us. A Full Moon Lunar Eclipse might uncover information that helps brings solutions to longstanding situations.

Remember, Capricorn is an earth sign. When it comes to climate change, we could be more realistic about what needs to be done to help Mother Earth. Capricorn is the responsible parent. We could be more mature in our understanding and actions.  If we avoid being grown-ups, we remain unconscious and dependent on some authority figure to tell us what is right.  We remain more vulnerable than we should be.

The New Year starts off big with Capricorn. Because earth signs do not move fast, we cannot expect a lot of rapid action.  We might feel frustrated but we need to remember that Capricorn is doing its job.  One step at a time.

Each of us has a life story that is unfolding. Each of us has messy Pluto stuff going on somewhere. All this Capricorn energy requires every ounce of maturity we have.  Remember, we can think it faster than we can do it. Walking through the Earth plane is slower than thinking our way through it.  Patience! Use common sense.  Be the grown-up in the room and you will hopefully get your prize!

Here are words of guidance for a new decade. They come from The Upanishads, wisdom that emerged in India thousands of years ago: 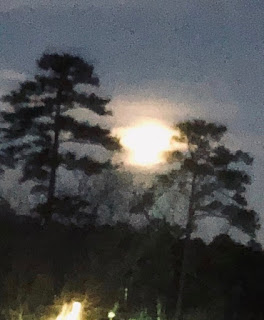 A few days ago I was snooping around the web looking at information about the astrology of December and the full moon. I clicked on a short video by astrologist Gregory Scott. He reminded his viewers to avoid getting bombarded and overwhelmed during this full moon in Gemini. Too Much Information. Gemini is the sign of curiosity and data gathering. We are certainly bombarded with information right now. The Sun is in Sagittarius, the sign we associate with the search for truth.  The only truth these days is the variety of interpretations that surrounds the data.  People have different versions of truth.

Mr. Scott also suggested that we look at the symbol for Gemini and see it as a doorway.  Gemini is associated with the twins, but when you look at the symbol of Gemini (two vertical lines with horizontal lines crossing at the top and bottom, fact is, it could be a doorway.  Thanks to times we live in, we are offered any number of doorways to explore or walk through to gather information and make our truth.  Prior to Cable TV and its smorgasbord of information, the 6 o’clock news was the news.  There were a few doorways to open, but they all had the same information. Now cable news presenters express opinions or interpretations of news. Truth has become relative, at least in the political and social arenas.

The full moon in Gemini on December 12 does give us another doorway to walk through. In December, our Sun, the Star of our Solar System, lines up with the Galactic Center, that is, the center of our Milky Way Galaxy.  We can imagine that we are lining up with the number one energy source from the Milky Way and receive higher truth. Maybe we won’t receive the truth in language. Maybe it will come as light rays, sounds vibrations, or feelings of love.  In northern hemispheres there is a ray of blue light this time of year.  I believe it is associated with this energy pouring out of the Galactic Center. It touches us deeply if we allow it to. The energy is that of love, of course. We have one word for this huge, expansive energy and that word is love.  Whatever we are feeling--grief or happiness--the bigger energy is love. That’s the bottom line truth.  Every December we are invited to connect with Big Love, the glue of life.

Meanwhile, back on the physical plane of existence………we are stepping through this full moon doorway into 2020.  The study of Astrology suggests that 2019 has been the time of planning and preparation for 2020. Why is 2020 so big?  Well, finally Saturn and Pluto will form their exact conjunction. During 2019 we have been living this energy of chaos and apprehension about the coming changes in civilization. Now we seek resolution to the tension we have been holding for a long time.

On December 2 the planet, Jupiter, moved from optimistic, mind-expanding Sagittarius, to Capricorn—practical, earth-bound, problem solving, grown-up Capricorn. Jupiter prefers the enthusiasm of fire signs to the solid, slow earthy energy of Capricorn. However, Capricorn is a cardinal or moveable sign. Jupiter in Capricorn will help us move along in finding resolutions to the problems we are facing.

As Jupiter travels through the sign of Capricorn until December of 2020, we can expect to grow and expand in our understanding of how things work in daily life. Remember, Jupiter tends to make bigger whatever it touches. In Capricorn it touches reality.  Saturn is the planetary ruler of Capricorn.  Together Jupiter, Saturn and Pluto in Capricorn give us the message to grow up.  If there is some area where we are not behaving like a grown-up, then Jupiter will let us know in a very big way. With Capricorn sitting so enormous on the horizon, it is wise to ask yourself if there is some area of life where you could be more responsible and mature. Think about it.  The symbol for Capricorn is the sure-footed mountain goat.  We have our goals, our mountains to climb. All the planets in Capricorn will help us be sure-footed.

For now and for some months ahead, Capricorn is calling the shots. We are asked to be hardworking, confident and sincerely committed to our endeavors. Capricorn is somber. The palette for Capricorn is brown, steel gray, and black.  Capricorn is tradition and it is the book of rules.  Even through the Sun is traveling through Sagittarius until the Winter Solstice on December 21st, we are caught in the seriousness of Capricorn energy. We want to feel safe and secure, but the shadow side of Capricorn is fear and greed.  It’s hard to make changes if we are fearful and it's hard to change without investing some of our resources. We cannot hoard or hold on too tight. Capricorn and its ruler, Saturn, have domain over maturity and aging. With aging hopefully comes wisdom. In the natural order of things, leaders become leaders because they have worked hard, they have the skills and they have earned the respect of peers.  Maybe all the Capricorn energy suggests that we will have a gray haired or white haired candidate for President in 2020.

And by the way, we have a Solar Eclipse the day after Christmas! We just can’t avoid facing practical matters and responsibilities during the next months. The mountain goat makes the climb look easy.  I will study the mountain goat. They pause to rest and regain balance and footing before taking the next step. Sometimes they stay still for long periods of time and then gracefully scramble up the mountain.

Newer Posts Older Posts Home
Subscribe to: Posts (Atom)
For years I have been sending out my Astro Tips via email. Now they will be appearing here. Each month you can expect current information about the planetary scene. There may also be an occasional short post to keep you updated on important happenings in the heavens!
"Everything is interwoven, and the web is holy." - Maurcus Aurelius