How do we balance what we want with what others want?

The Full Moon on March 31st is in the sign of Libra. When the Moon is full, the Sun is in the opposite sign, in this case, Aries.  One of the best ways to learn and understand astrology is through the idea of polarity.  We look at the meaning of opposing signs.  The Sun in Aries is about the individual. Aries people are strong leaders. They are quick and know when to act. Sometimes it might look like they are self-absorbed.  Aries is the first sign, or the ME sign. Wherever you have Aries, you are focused on yourself or that is where you take leadership.  The opposite is Libra, the sign of cooperating with others in order to find balance and harmony. This full moon in Libra brings our awareness to the interplay between our own personal agenda and the agendas of our partner, our friends, and our community.   Venus, the relational planet, rules Libra. Mars, assertion, rules Aries. How do we balance what we want with what others want, without a big stinking argument?

Short-fused Mars is mixed up with the Sun and the Moon: be careful!

Mercury is sitting close to that Aries Sun. The Sun, Mercury and the Moon are all making a short-fused connection to Mars. It will be tempting to open the mouth and say things you later regret. OR open the mouth and say things because it’s time to clear the air.  Try to practice self-control. Hopefully those around you will exhibit self-control as well.  Mars mixed up in this Full Moon can produce arguments and explosions.  Fortunately Saturn is sitting with Mars and that should tone down the hot expression of Mars.  Nonetheless, with Mars and Saturn in Capricorn making a big appearance during this Full Moon, we can expect some shouting matches.  Planet Mars means war, assertion, aggression, and arguments.

The good news is that Mars can just as well point to productive action, especially in this case.  Planet Saturn gives precise focus to Mars. When they are sharing the same chair, a variety of things can happen. First of all, there can be a stalemate.  Saturn can temporarily put a stop to Mars. Hit the accelerator/hit the brake. There can be delays in projects and activities, especially right now because Mercury is retrograde.  Secondly, Mars and Saturn together translate as emotional caution and also emotional sensitivity.  Saturn is boundaries and Mars is outward expression.  Boundaries are often necessary and good but withdrawing and taking no action or risk (Mars) can be an emotional wet blanket.  Finally Mars and Saturn working together means focus.  For many people this full moon period provides a productive environment for accomplishing tasks and projects.

Take a break from cynicism and negativity

There is still a lot of good spiritual juice flowing between Jupiter in Scorpio and Neptune in Pisces.  Expect more news of compassion and good will.  Cynicism and negativity is not as popular right now. Venus and Uranus are connecting nicely with Mars.  Uranus is the awakening of humanity.  The impact of March for Our Lives continues to uplift people with its heart-filled messages.
On March 30 Venus leaves Aries and moves into the sign of Taurus and that’s where Venus likes to be. Taurus is earthy so it’s nice to have Venus in Taurus during this spring season.  Maybe it will help things grow!  Maybe it will bring better weather for those up north!

In April, expect the unexpected

The New Moon in Aries will happen on April 15, the same day that Mercury in Aries goes stationary direct. Sounds like a powerful New Moon coming up. Uranus will be sitting right with Mercury. Expect some surprising big news. 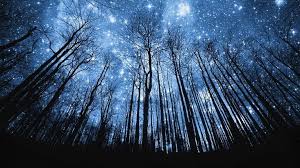 The New Moon is in Pisces on March 16: the veil is lifted; our separateness dissolves like a big ex-hale.

Some of us will experience the dissolving of boundaries during this New Moon period. Perhaps it will be in a dream. Perhaps you will experience profound compassion while watching a movie or hearing someone’s story, or while meditating or listening to music.  Some of us will feel connection with an animal, with nature, with the heavens.  The Moon joins Neptune, the planet that dissolves what it touches. The Moon is associated with so many things, but for sure it has domain over our emotional core.  We are destined to have surprising emotions, or sweet emotions this weekend.  Our separateness dissolves like a big ex-hale.

The New Moon offers information about our confusion and self-sabotage.

The other side of Neptune is confusion and self-sabotage. We can get so sensitive that we lose sight of what is real and not real. Common sense can evaporate while we enter our magical, make-believe place.  The Moon and Neptune sitting together often point to addiction . . .  addiction to drugs, food and alcohol as well as addiction to perfection and addiction to having things our own way.  This is a New Moon for addressing all forms of addiction.

The Moon will illuminate Chiron, the Wounded Healer.

The Sun, Chiron, Moon and Neptune all in Pisces make a flowing connection with expansive Jupiter.  Jupiter can make all things bigger. If there are problems of addiction, emotional confusion, or mental stress, Jupiter will bring it to our attention.  At the same time, the energy of Jupiter can help. Chiron, the sensitive, wounded healer in all of us, is on the stage with this New Moon. Chiron in Pisces for eight years has brought our collective attention to the wounds of our home, Planet Earth.  Pisces rules the oceans.  While Chiron has travelled through Pisces, our awareness has turned to our wounded oceans. Who has not seen the photos of our plastic filled seas?  Pisces and Neptune also rule suffering.  Neptune has kept many things behind the veil for many years. As Chiron finishes its visit to Pisces, the Me Too explosion has opened up a hidden chapter for healing. People are opening up and exposing the truth around power and abuse. What do you need to heal in your own life?  There are wounds around abandonment, aloneness, abuse, self worth, confidence and self love.  Allow the energy of Chiron to guide you into appropriate healing.
Mars and Saturn in Capricorn encourage us to clarify our integrity in all that we do.

By the end of the month, the Sun will step into independent Aries, and Mars and Saturn will come together in Capricorn.  As we approach that event, we have the opportunity to focus on our own worth. While some boundaries dissolve with the New Moon-Neptune connection, Mars and Saturn encourage healthy boundaries to help us focus on what is genuinely important to us. Mars and Saturn in Capricorn flash beautiful supportive thoughts:  embrace your own integrity, walk your talk, don’t let anyone talk you out of being the person you are.

Awaken to your own unique contribution to the matrix of the All.

The beauty of this New Moon in Pisces offers a rich package:  magic, creative expression, mystical experiences, profound compassion, meaningful dreams, the lowering of the veil, the dissolving of unnecessary fences and boundaries, as well as, a blast of new energy for self healing, for motivation and for standing tall and claiming our place. We can be who we are and be caring of others.  We can let go of our separation from others and all that is.  At the same time, we can awaken to our own unique place in the matrix of the All.

Full Moon rising on March 1. Moon is full in Virgo. The Sun in Pisces joins Neptune, Venus, Mercury and Chiron....all in Pisces. This gives strong spiritual energy for those seeking it. Neptune touching the Sun can weaken physical energy while inflating the spiritual. Rest and be easy. Don't push. Exercise for full moon in critical, discerning Virgo: "Try to say nothing negative about anybody for three days, for forty-five days, for three months. See what happens to your life." Yoko Ono www.lindasprague.com

Virgo is an Earth Sign. Expect to feel more MENTALLY grounded. Virgo is a mutual earth sign governed by Mercury. Getting grounded requires some energy though. Mars in Sagittarius is making a difficult connection with the Moon and with everything else.  First we have to go through chatty, chatty brain time.  Then we can get clear and more grounded. And the Sun, Neptune, Venus, Mercury and Chiron all in Pisces  also make a difficult connection with Mars. We do want to have nice, sweet thoughts. Mars messes with pretty Pisces thinking though. So we want to escape to the beach where everything will be sweet. Mars messes with that too. We have to stay focused on the here and now and the tasks at hand. However, some people may be planning some vacation time at a beach.  The heavy emphasis of watery Pisces needs a break from too much reality!

If you cannot get to some water right now, take a virtual trip to Hawaii or an island and take in some water and Sun energy. Or create your own Piscean meditation.

One important topic in astrology is polarity. VIrgo opposes the sign of Pisces. This is polarity. We cannot eliminate Virgo or Pisces. We live with both of them.  Virgo wants everything to be neat and tidy and perfect. Pisces is a mess. However, when we work with the polarity of these two signs, magic happens. We have great acting, exquisite art,  sublime visions, uplifting poetry, heart pounding music, and gut-bursting comedy. And we have the Divine Feminine Beings like Kuan Yin and Tara.  The stories told about these deities model to us how to serve each other with Virgo devotion and Piscean compassion. That's how we bring the polarity together. Whatever path we are on, the precision and devotion of Virgo can join hands with the love, beauty and magic of Neptune.

Posted by Linda Sprague at 9:43 PM No comments:

Newer Posts Older Posts Home
Subscribe to: Posts (Atom)
For years I have been sending out my Astro Tips via email. Now they will be appearing here. Each month you can expect current information about the planetary scene. There may also be an occasional short post to keep you updated on important happenings in the heavens!
"Everything is interwoven, and the web is holy." - Maurcus Aurelius